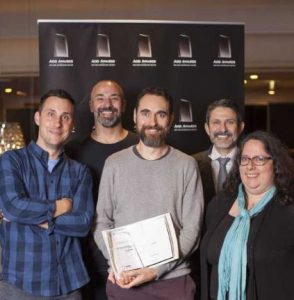 NADA is the organisation for the non-government alcohol and other drugs (AOD) sector in NSW. At the NADA awards night, a thrill of pride ran through CRC when the winner of the Excellence in Treatment award for 2018 was announced – our own AOD Transition Project.

This is a very well deserved honour in recognition of Paul Hardy (for his exceptional leadership) and the entire AOD team who work above and beyond their job descriptions to deliver compassionate, therapeutic care to our clients.

Congratulations to the wonderful AOD team and thanks for your ongoing commitment. 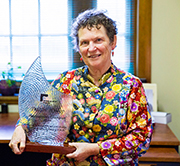 Deirdre has worked tirelessly for many years, and made a huge difference to the lives of people in the criminal justice system in NSW. She is the quiet achiever, and without her vision and tenacity many initiatives would not have seen the light of day.

Congratulations and thank you to Deirdre for everything you have done and continue to do. 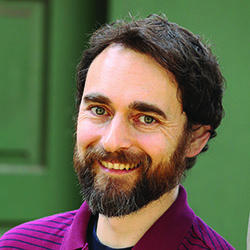 NADA is the organisation for the non-government alcohol and other drugs sector in NSW, and Paul Hardy, CRC’s Senior Alcohol & Other Drugs Transition Worker, was presented with a Certificate of Commendation for Outstanding Contribution in June 2016. This  award  recognises  the  significant  contribution  of  an  individual  working  in  the  non- government alcohol and  other drugs sector. There were a total of eight individuals short listed, and the competition was acknowledged to be particularly tough.

Congratulations to Paul for this recognition and achievement, and we thank him for his hard work and dedication, and the care and support he provides to clients in the CRC Transitional AOD program.

This research included an extensive literature review, hundreds of e-mail and phone conversations with experts around the world, and 26 direct service visits to community based programs in Chicago, Detroit, Washington, Providence, New York, London and Glasgow.

The resulting research paper is titled An Exploration of Best Practice in Community Based Reintegration Programs for People Leaving Custody in the US and the UK, and you can read & download a copy of it here. 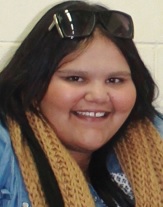 A young Wiljkali Woman of Broken Hill Taunoa Bugmy has been honoured in the Australian Financial Review and Westpac 100 Women of Influence Awards 2014 for her contribution to the Broken Hill Indigenous Community and people affected by the justice system.

At the age of ten Taunoa started on her journey to become an influential young leader in the Aboriginal community. While watching a program on setting goals, she was strongly influenced by one of them; keeping Indigenous people out of prison. Indigenous people make up 23% of the NSW prison population. This is an issue of deep concern that affects many families and communities.

After completing year 12 Taunoa worked in Wilcannia as a Training and Placement Officer for the Australian Government Remote Jobs and Communities Program. While there she developed the case management skills she brought to her role here at the Community Restorative Centre (CRC). Taunoa is a Transitional Worker supporting clients for up to a year through the stressful period after leaving prison. She helps them to establish themselves in their community and reduce the likelihood of reoffending and returning to prison.

As a member of the Murdi Paaki Aboriginal Young Leader Program, Taunoa has been able to influence and support other young Aboriginal people within the Murdi Paaki region. She has worked through the “shame” factor of being successful and stamping her mark on the community, and she is now showing other youth that it is okay to pursue goals and succeed in life.

“Murdi Paaki Aboriginal Young Leaders Program was a program that really influenced who and how I am today by giving me plenty of opportunity to learn other skills and avenues for success.”

This year Taunoa joined fifty young Indigenous people from across Australia to participate in a week-long leadership program in Canberra at the National Indigenous Youth Parliament; the parliament promotes youth advocacy, active community leadership and a commitment to democratic processes.

Taunoa is paving the way for other youth to be successful in their life, motivating them to seek opportunities and contribute to society. She is committed to reducing the rates of incarceration of Indigenous people, in particular youth, and as a young leader she wants to share the importance of constitutional recognition and influence more young Indigenous people to vote so that they can be more involved in political issues.

We are very privileged to have Taunoa Bugmy working with our Broken Hill team. Taunoa is a very determined young woman with a strong drive to make a difference helping indigenous people and families. Taunoa faces everyday challenges with professionalism and passion. She is a young woman wise beyond her years and a mentor to staff and clients here at CRC, we all warmly congratulate her on being honoured in this year’s 100 Women of Influence Awards

You can read more about Australia’s 100 Women of Influence at the AFR. 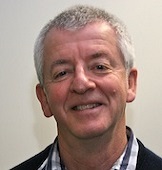 Congratulations on behalf of CRC Board of Management, Alison Churchill and CRC staff for being appointed an AM Member of the Order of Australia Service in the Queen’s Birthday Honors.

Michael has been appointed an AM Member of the Order of Australia Service in a particular locality or ﬁeld of activity or to a particular group;

Professor Michael Herbert Levy for significant service to medicine in the field of public health as a clinician, academic and educator. 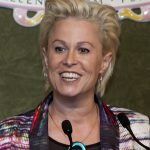 The Justice Medal is presented to an individual for outstanding achievement in improving access to justice in NSW, particularly for socially and economically disadvantaged people. This may have been demonstrated in a range of activities over an extended period or work over a shorter period but of exceptional impact.

For over 25 years, Alison has dedicated her personal and professional life to assisting vulnerable members of the community and their families to access support for their legal problems. She is currently the CEO of the Community Restorative Centre Inc. (CRC), a specialist service for prisoners, people on release from prison, and their families, that aims ‘to change lives and reduce crime’.

Alison’s work at the Centre has spanned two decades and her achievements include growing the Centre from a base of 20 to 60 staff, securing funding to expand CRC into a multi-disciplinary, cross-portfolio service for clients, and creating a work culture that encourages staff retention.

Under her leadership, CRC has rebuilt and developed partnerships with key stakeholders, and the organisation has earned respect as a knowledgeable, competent and trusted service provider.

Prior to CRC, Alison was a youth worker and sexual assault worker in Australia and the UK, and she continues to keep in touch with people she has helped in the past. As a community worker, Alison has been described as being ‘in a class of her own’ and as someone who genuinely cares about people. As the leader of CRC, she has been credited as having a significant role in improving service delivery for prisoners and their families, and ensuring they have a voice in law reform.